What Can We Learn From Our SSAT or ISEE? 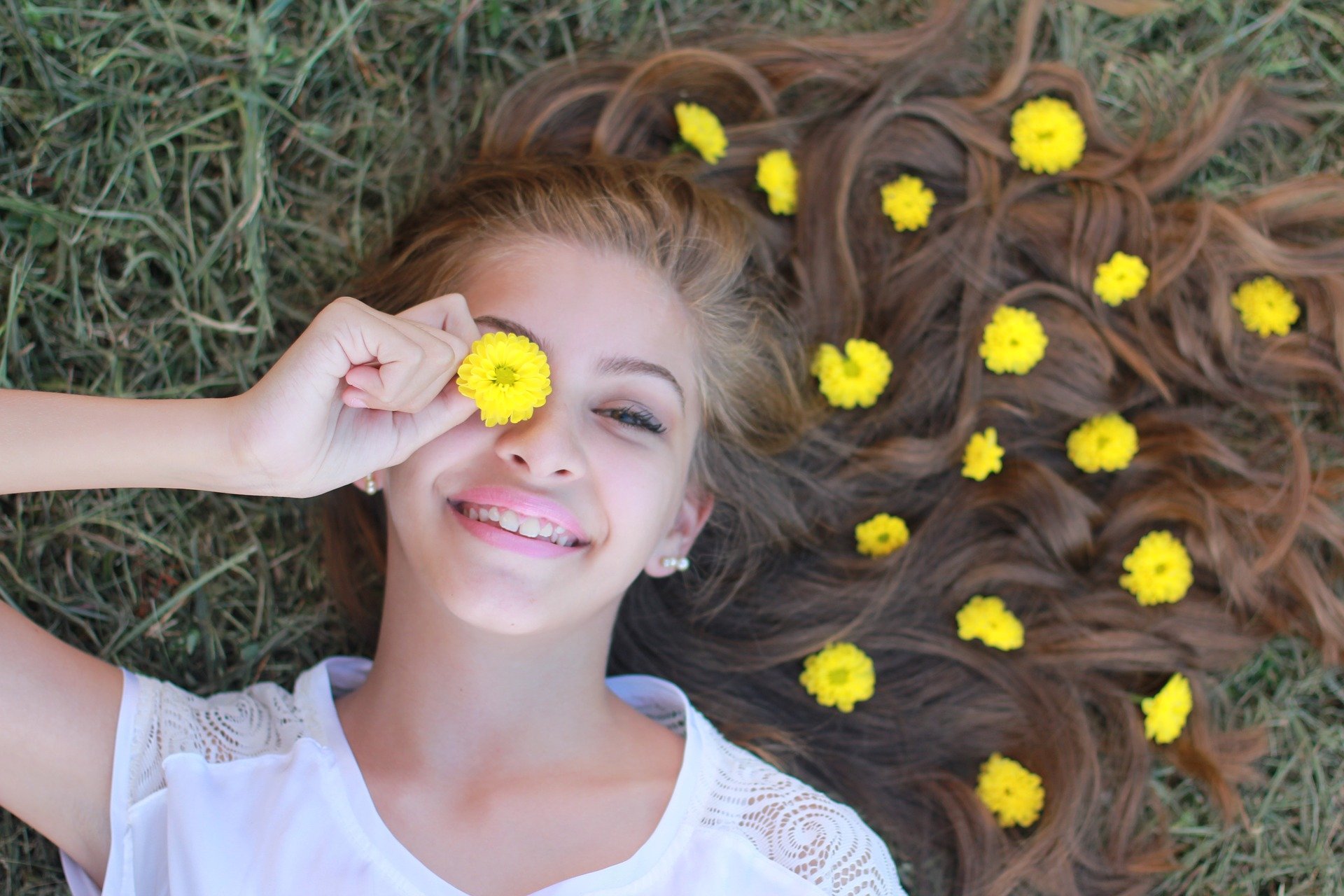 The SSAT & ISEE Differ From Schoolwork

When working with families on the SSAT and the ISEE, I make a clear distinction between academic success generally and success on standardized tests. There are several reasons for this. Nobody, especially not 11- to 14-year-olds, should feel that their value is measured by bubbling in the correct circles on a handful of multiple-choice tests. As a threshold matter, students will not learn until they are secure in knowing that they are capable and worthy of learning.

Moreover, it is critical for student success on the tests that they keep the perceived stakes low, aiming to avoid the performance dip that can accompany too much stress. It is hard for our younger students to confront standardized tests that have an impact on their education – thinking of these tests as tied to their broader academic identity or status can lead to all kinds of insecurities and self-imposed limitations. Students who have seen success in classes can sometimes take their skills for granted, whether assuming they “should” find greater success on a specific section of the SSAT or needlessly questioning their competence if their test results don’t match their expectations. Additionally, students who have struggled in a specific content area often benefit in particular from the clear guidance that the skills required for standardized tests differ from those required in the classroom.

Making a clear distinction between classwork and the SSAT or ISEE conveniently happens to be true. The test does not necessarily reward diligence over time but rather performance over a short and specific duration. The SSAT and ISEE award no points for following a valid process, only for arriving at the correct result. The topics covered represent a fairly narrow bandwidth of academic content that the test-writers can expect students to have encountered (putting aside the fairly robust vocabulary that is tested). Intellectual curiosity plays little-to-no role on the SSAT or ISEE, nor do creativity or collaboration. And the ability to remain calm in the face of time pressure and stress plays a far larger role on the SSAT and ISEE than it does (hopefully!) in the classroom.

All that said, the SSAT and ISEE can give us some helpful information on a child’s academic style and depth of knowledge, and sometimes can even help identify learning disabilities.

What the SSAT & ISEE Can Tell Us About Performance

Differences between homework and practice tests, or between practice test results and the official test, can be very telling. Putting aside any alternate causes of underperformance (e.g., sleeplessness, extracurricular stressors, or specific distractions), a drop in performance on test day often speaks to some modicum of test anxiety. Test anxiety is completely normal, given that it touches on several of our shared stress triggers. If, however, the difference is extreme and/or persistent, it may make sense to consult with an educational psychologist about the ways that anxiety is getting in the way of school life, and to be on the lookout for anxiety spreading to other areas of a child’s life.

Groups of unexpected incorrect answers can be a slightly different indicator. Often, these can indicate a specific distraction, or they may indicate some perfectionism that may not always be helpful. Standardized tests, with all their flaws, do a pretty thorough job of testing acceptable loss and priority-setting under time duress. Often, anxiety or ADHD will make these judgments exceedingly difficult. Bunches of missed questions that seem unrelated to timing issues or difficulty can be indicators that something is going on that warrants more attention and curiosity.

What the SSAT & ISEE Can Tell Us About Language

The verbal portions of both the SSAT and the ISEE are extremely difficult. I’m rarely concerned when scores do not reflect a student’s classwork on these sections – the test is harder than most school curricula for the age level, and vocabulary is built over a lifetime of reading. That said, a few items will pique my curiosity.

Vocabulary issues are very common. Often times, weak vocabulary is not a matter of a brain difference but rather a matter of exposure. Frequent and broad reading is the common and productive remedy, though drawing on a richly textured vocabulary to express oneself, whether in speech or writing, is also critical. However, if a child faces abnormal struggles with the rote memorization required by studying vocabulary, they may have underlying issues coding or retrieving information. Such challenges are frequently found in classroom or home domains before students reach the SSAT or the ISEE, though. What's more, studying vocabulary outside its context is inherently difficult and often unpleasant. In isolation, difficulties here are unlikely a cause for a great deal of concern.

Unexpected pronunciation errors when studying vocabulary are similarly worth paying attention to. Often times, students who have underlying language disorders based on phonetic awareness (the correspondence between sounds and letters and letter groups) go undiagnosed if they are keeping up with peers through sheer hard work and high IQs. Long, unfamiliar words will often include errors – fatigue, for example – but frequent errors on common syllable types within a student’s speaking community, like pronouncing caution as “caw-tee-on,” should catch our ear. As children enter high school, there are fewer opportunities for adults to monitor and offer feedback. The ISEE and the SSAT are great places to catch any language issues that may have slipped under the school’s radar.

Poor reading summary skills are extremely costly in the classroom. Whether it is studying for history, drafting a coherent literature review, or making sense of a math word problem, identifying and restating the most relevant details is a core academic skill, touching on several executive functions and classroom instruction that often remains implicit. If, especially after guidance, a student struggles to provide a concise restate that is reasonably scoped based on a text, then working with a tutor or reading specialist may prove a worthy investment.

What the SSAT & ISEE Can Tell Us About Math

In some ways, the math sections of the SSAT and the ISEE are the most directly tied to specific academic content. If students miss a lot of questions about fractions, they should study fractions. No surprises there. As common core curricula have rolled out in the last decade, there may be some unevenness about what is taught in what order. While these gaps are helpful to know, they are fairly straightforward to address with a competent tutor or a bit of parental time and patience. A few things on the math portions of these tests can be an indicator of a fairly developed skills.

Differences between word problems and pure math problems on the SSAT or ISEE don’t necessarily indicate a problem. Math word problems are notoriously disliked and challenging, because they require shifting between ordinary language’s messy syntax and context and the more pristine, formal language of mathematics. If a student is doing well on math word problems, they likely also have sound working memory, strong analytic reasoning, and strong language skills.

Describing math processes is fantastic for metacognition because math problems require students to accurately take information in from the page, synthesize it with processes they’ve committed to memory, and then express the results of their synthesis. Complex problems may require 2-3 cycles of this dialogue between content on the page, content in memory, and the result of synthesizing the two. Students who can effectively describe their processes not only get great practice communicating their ideas, but they also have the benefit of being able to “walk themselves through” future problems when the process is unclear. The ability to think about how we’re thinking about a problem is among the most critical components of learning, as well as a fantastically useful side benefit of these tests.

Over-performance on SSAT or ISEE math relative to classroom math can indicate a few things. It may be the case that students are genuinely under-challenged by their math class, and that boredom is translating to disengagement and lower grades. For some students, the SSAT or ISEE math was easier to master because it doesn't require the organizational and executive function skills that a math class often includes. Standardized testing math often rewards finding viable shortcuts, pattern recognition, and broad divergent thinking skills. Math in the classroom often involves conscientiously documenting specific math processes, organizing more frequent homework assignments than other classes, and following up on available test correction assignments. Unexpectedly high results on math point to a general understanding of content that isn't rewarded in the classroom, and may be explained by executive function deficits.

What the SSAT & ISEE Can Tell Us About Our Children

Look out for issues that are surprising based on what you know of your child, and for skills that are universalizable to classroom, work, and social life. Anxiety and ADHD issues can be brought to a pediatrician’s attention, and then perhaps to an educational tester or licensed psychologist. Language disorders, especially those that may be too subtle to warrant academic support in school, may be addressed with the help of a reading specialist or speech language pathologist. Beyond that, an academic tutor can be beneficial as students navigate their way into new middle and high school contexts.