5 Things for Waiting Seniors (& Other Teens) To Do Around Washington, DC (winter 2020 ed.) 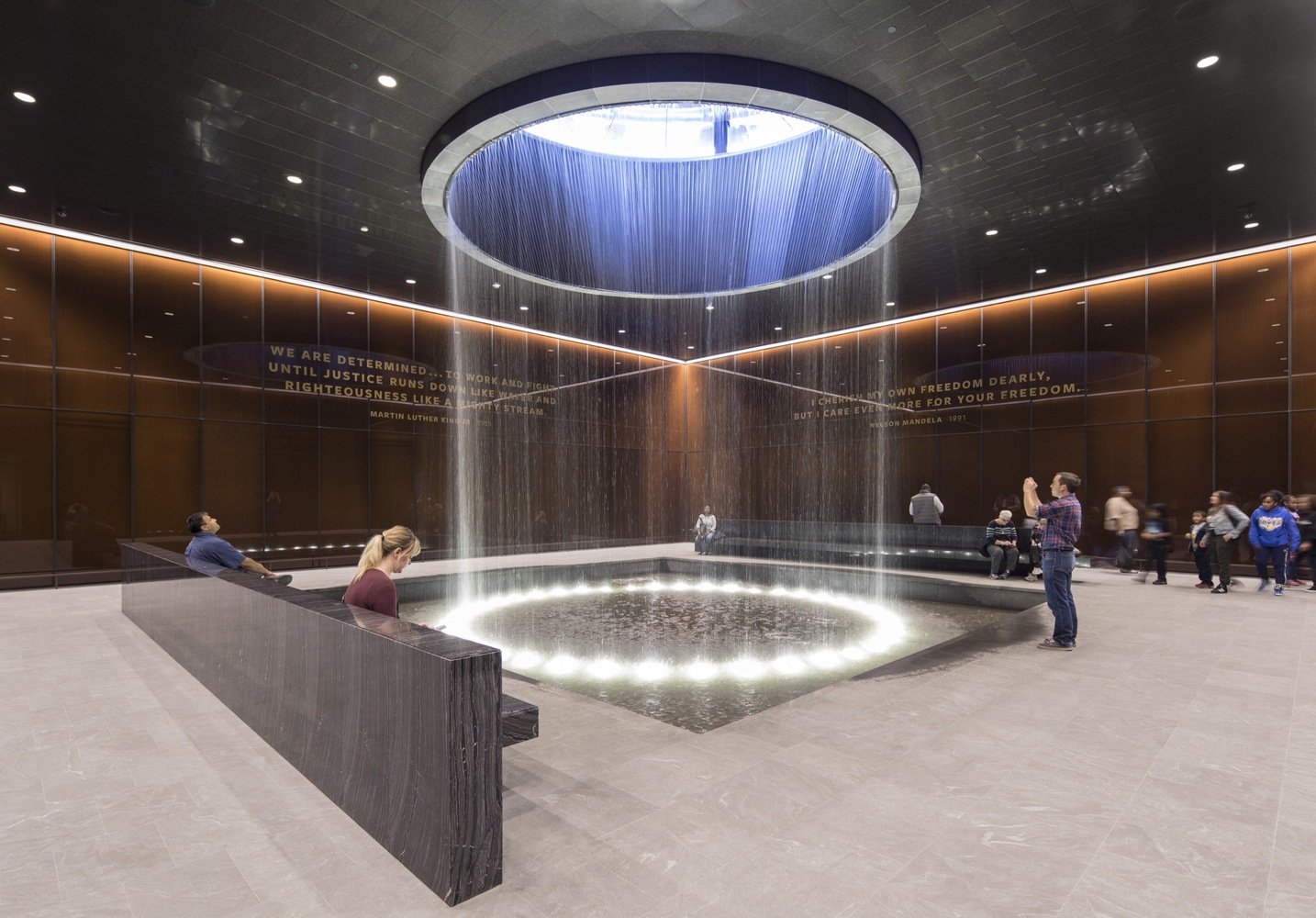 By James Murphy with Ian Lekus

The state of suspense that comes after hitting the submit button on your college applications is not an enviable position, to say the least.

You’re likely playing out every possible scenario in your head – admitted, denied, wait-listed – trying to formulate a plan for every outcome. Every waking (and sleeping) hour is consumed by a ravenous desire to know the results of your hard work. If it makes you feel any better, almost every high school senior is running the same emotional gauntlet.

Even as you begin to shift your gaze to the future and where this next chapter of your journey will take you, we wanted to give you an opportunity to explore the moment you find yourself in – while keeping the anxiety at bay. We’ve put together a list of events and activities coming up that may provide you with a much-needed distraction, and a chance to continue to connect with the people around you.

Humans have been performing for each other since before the wheel (No, I don’t mean Wheel of Fortune). What better way to distract yourself from the stress you’re feeling than to watch a professionally performed production and get inspired and/or challenged – there’s nothing quite like it.

The Amen Corner (Shakespeare Theatre Company): Margaret Alexander, pastor of a storefront church in Harlem during the 1950s, is faced with the troubles of her own past after railing at her son and congregation about their vices. Juxtaposing a gospel choir and a father and son’s love of jazz, James Baldwin’s The Amen Corner examines the role of the church in the Black community. 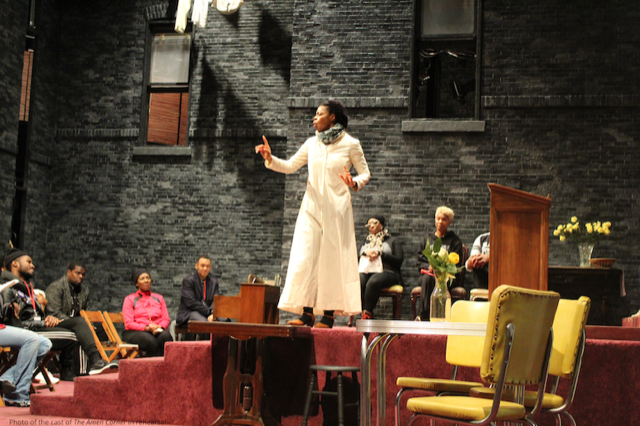 Gun & Powder (Signature Theatre): Inspired by a true story, the world premiere musical of Gun & Powder follows the notorious Wild West outlaws Mary and Martha Clarke, who, through the course of helping settle a sharecropper debt for their mother, have their sisterhood tested when they fall in love with two very different men – one black, one white.

Pipeline (Studio Theatre): Another education-themed show like last year – seems like Studio Theatre is aware of application season. In Pipeline, Nya is a single mom and dedicated teacher at a high-poverty city school, determined to give her teenaged son Omari opportunities that her students will never have. When an altercation with a teacher at his private school threatens Omari’s future, Nya has to fight a system that’s against him in any environment. 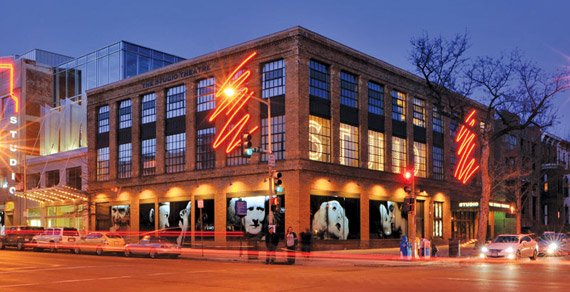 Spring Awakening (Round House Theatre): Confused and repressed teenagers ride down the bumpy road to adulthood through high-octane song and dance. Super Edgy. If this is your kind of topic, this is a don't-miss show.

Culture House DC, nestled in Southwest DC close to The Yards Park, is the perfect place to practice your photography skills. As a local nonprofit, Culture House DC is dedicated to curating and nurturing artists within the neighborhood community and greater DC at-large. Stop by for a visit on Wednesdays from 5pm–8pm or on the weekend from noon to 5pm. 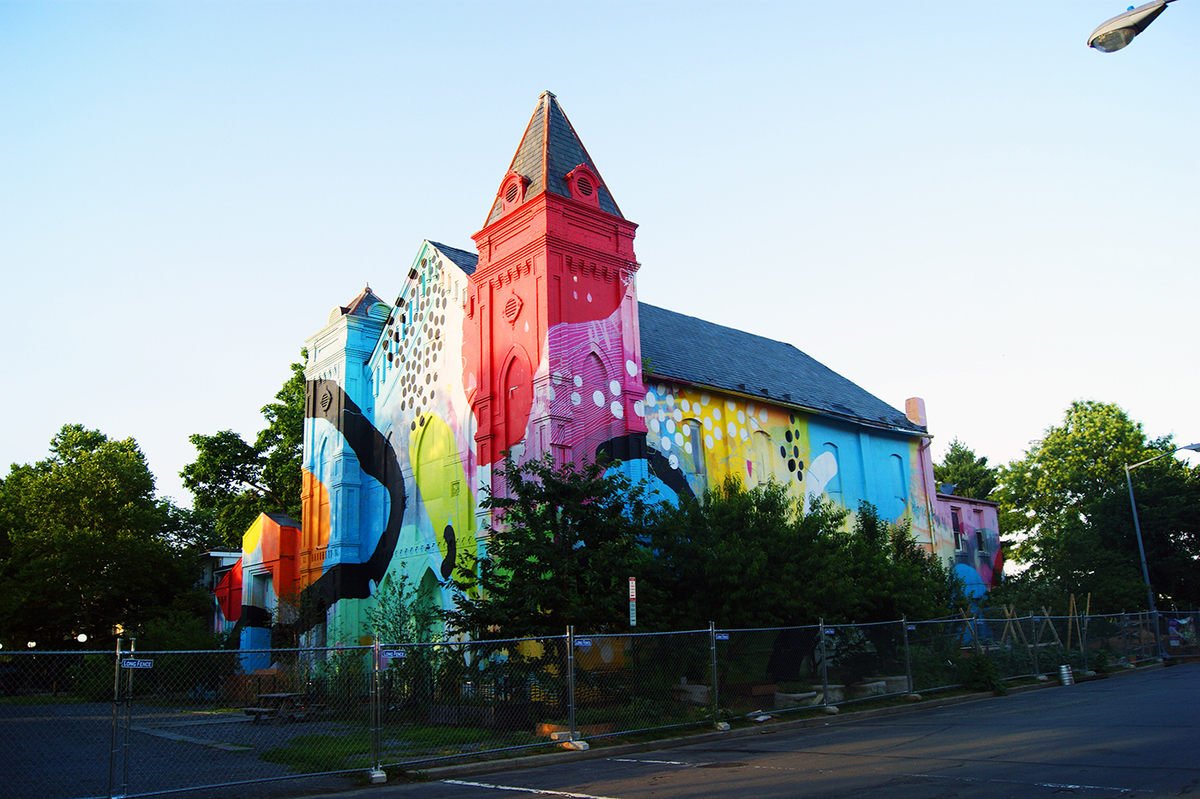 Root for your favorite team, or just go and pick a team you want to root for – it doesn’t matter, get a hot dog and get caught up in the excitement of professional competitive sports.

Alex Ovechkin, Braden Holtby, J.T. Oshie, and the rest of the Washington Capitals boast the best record in the NHL (as of this writing). Check out their run to bring the Stanley Cup back to Capital One Arena on Feb. 8, Feb. 10, Feb. 20, Feb. 23, and Feb. 25, with ten more regular season games in March and early April.

Bradley Beal leads the Washington Wizards’ chase of a spot in the NBA playoffs. You can watch them at Capital One Arena on Feb. 7, Feb. 9, Feb. 11, Feb. 21, Feb. 24, and Feb. 26, followed by twelve more home games in March and the first half of April.

Led by Rose Lavelle, breakout star of the 2019 Women’s World Cup, the Washington Spirit return to NWSL action this spring, with home games divided between Audi Field (DC), the Maryland SoccerPlex in Germantown, and Segra Field in Leesburg. 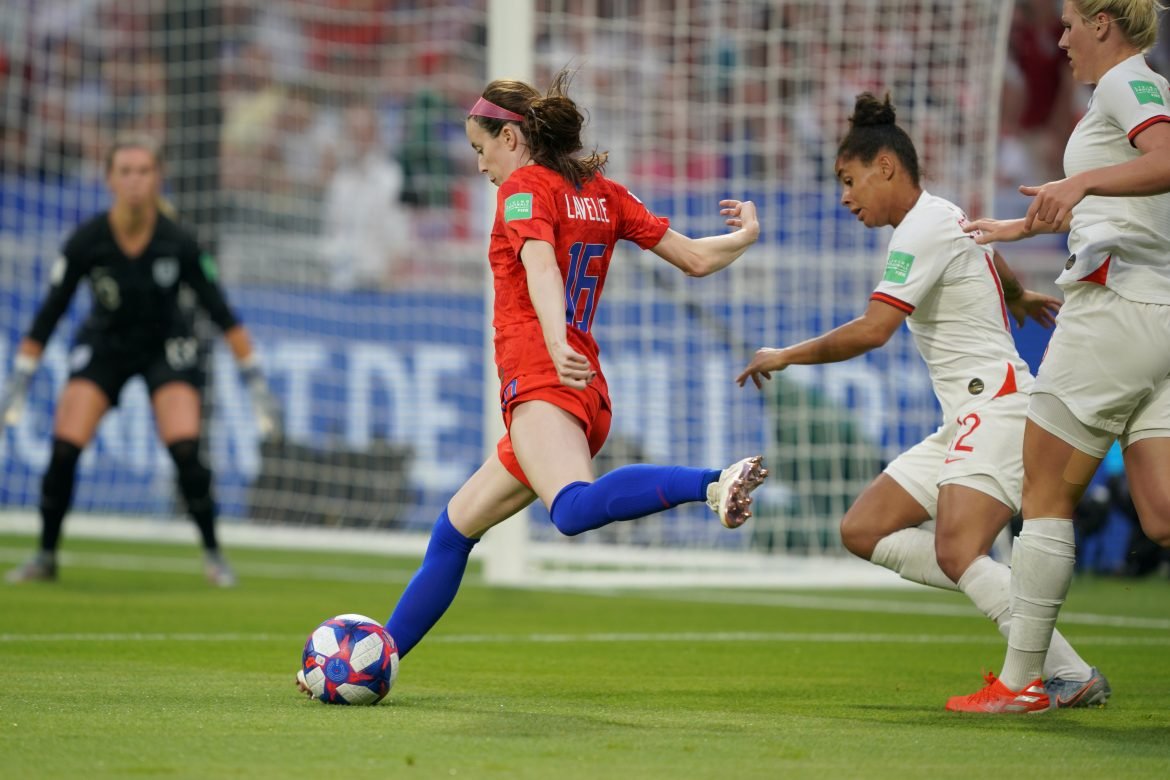 Major League Rugby arrives in the national’s capital, as Old Glory DC play their first-ever home game on Sun., Feb. 16, followed by additional home games on March 8, March 15, March 29, and through April and May.

3. YOU KNOW WE HAVE MUSEUMS, RIGHT?

Look, you live in the Washington, DC metro area – I know you know there are tons of FREE museums and galleries you can go check out. Trust me when I say you’ll want to take advantage of these places before you ultimately head off to college (because most other cities’ museums actually cost money).

Bring some friends, go to the National Portrait Gallery, make a really good Instagram story, eat from a food truck, I don’t care, just go. Did I mention they’re free?

Air & Space Museum:  They have a spaceship. THEY HAVE A SPACESHIP! While being just cool in general, the Air & Space museum also has opportunities to look at the sun through a telescope, and on special evenings, do some star-gazing. If you’re feeling more adventurous, take a trip out to Chantilly, right by Dulles, to the Udar-Hazy Center, where they keep the Space Shuttle, the Concorde, the Enola Gay, and other legendary planes and spacecraft. 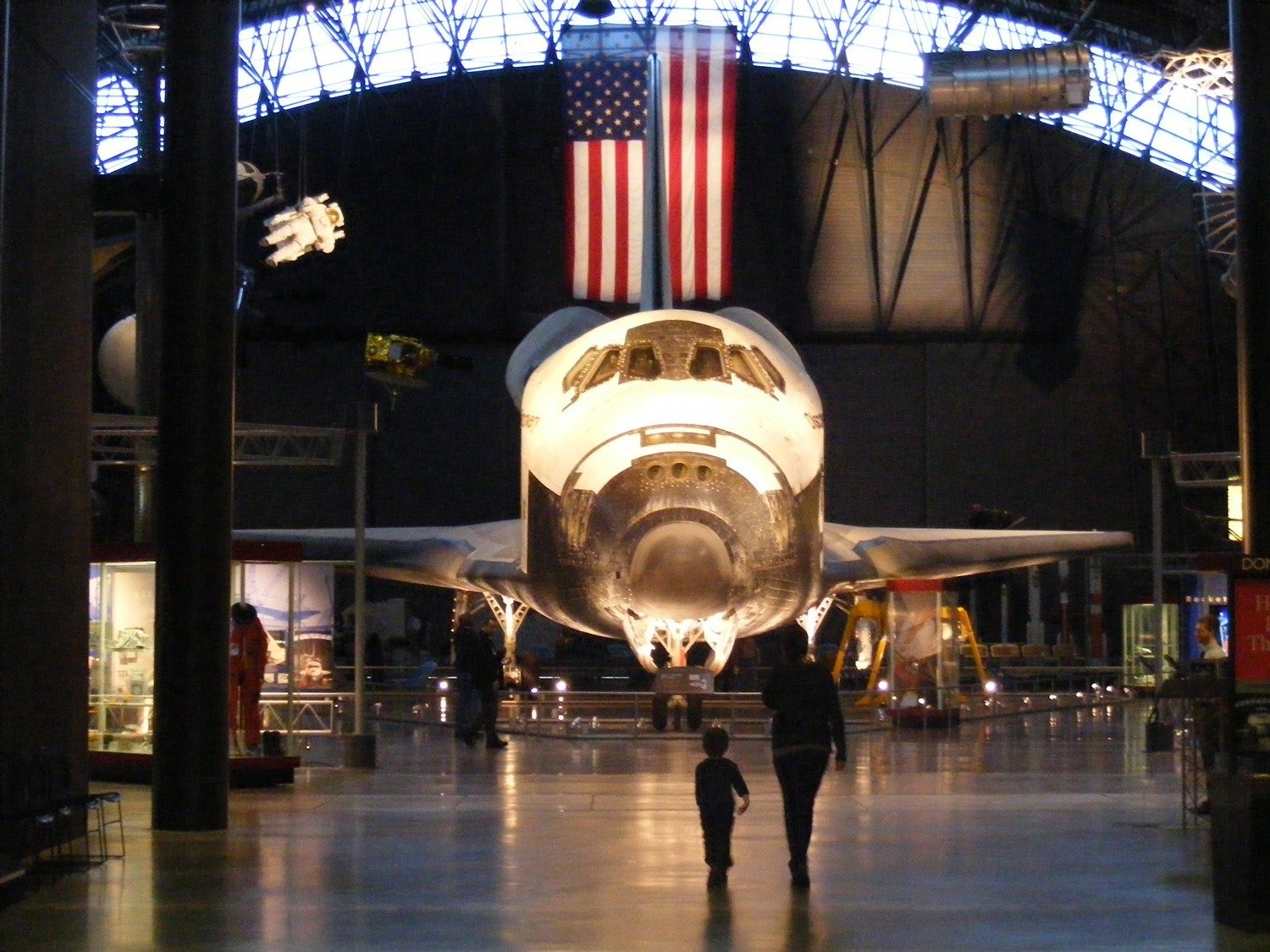 Renwick Gallery:  Really fascinating art gallery. If you haven’t been, it’s a gorgeous building with even more gorgeous artwork. The current exhibit, Connections, is an extension of an ongoing permanent collection that examines the value of craft as a critical piece of humanity. Long story short, they have brass knuckles made of quartz crystal; you should go.

They’re also hosting, “Hearts of Our People: Native Women Artists,” the first major thematic exhibit to focus on the artistic achievements of Native women. Featuring art across a range of mediums, this is one you won’t want to miss. Runs February 21 – May 17. 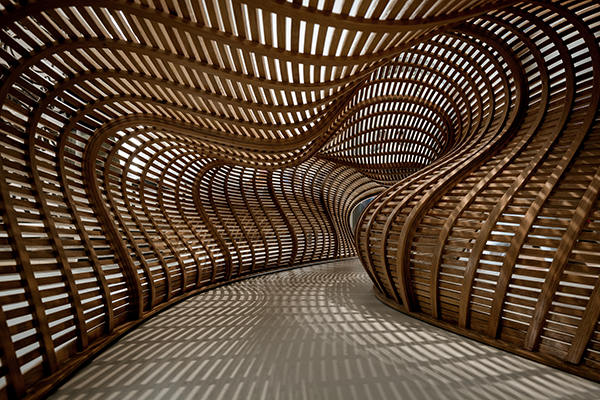 Museum of Natural History: Seriously? They have an elephant and dinosaur bones. Done. Easy sell. Stop reading this and go buy a geode or a shark-tooth necklace or something.

The National Museum of African American History and Culture and

The National Museum of the American Indian: Two of the more recent additions to the National Mall & to the Smithsonian family of museums, these instantly iconic facilities blend architecture and storytelling, demonstrating the extraordinary creativity and resilience of African Americans and Native Americans since the 1600s. 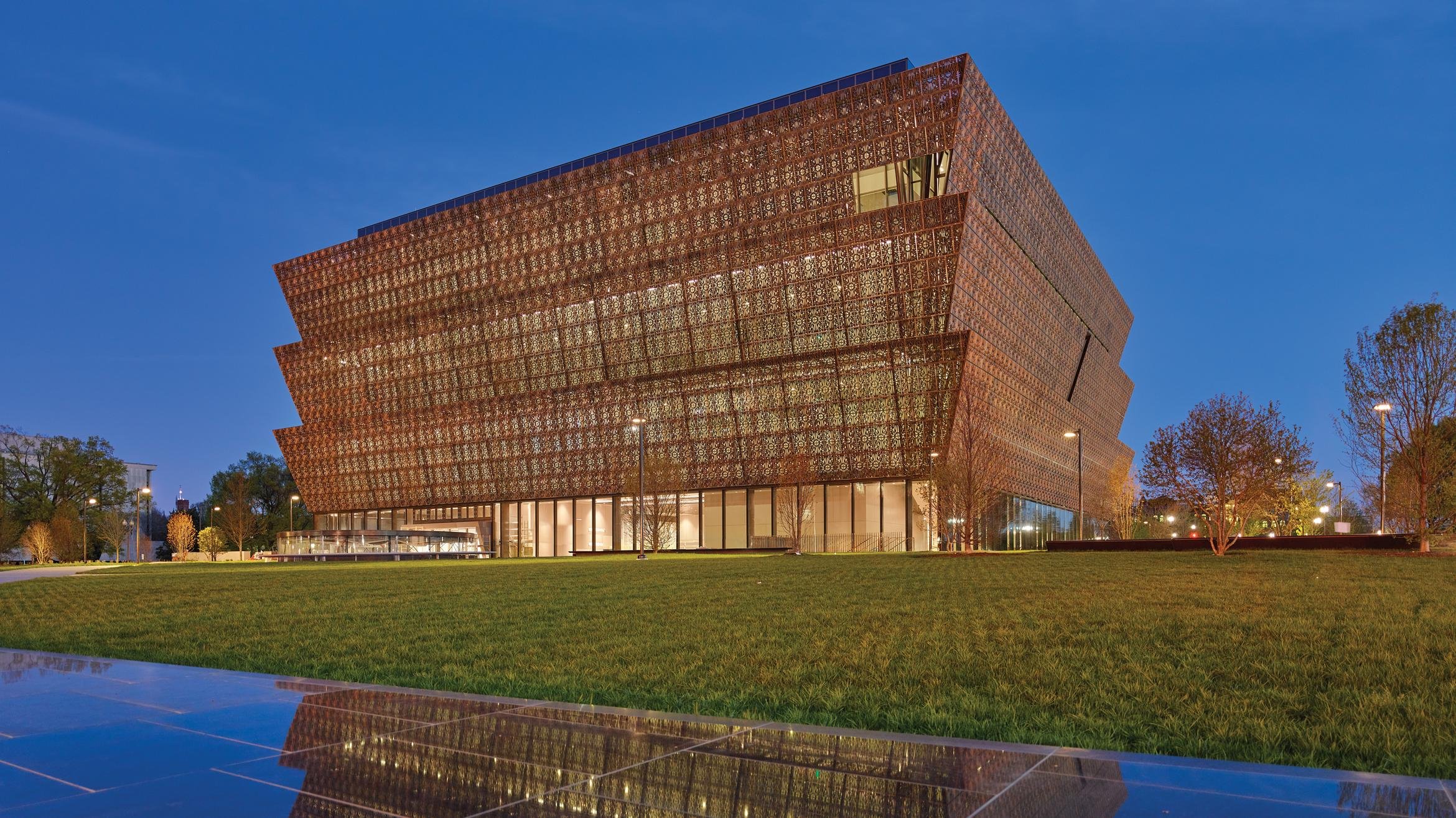 The Holocaust Memorial Museum: It’s humbling to look at our history and see what struggles our ancestors had to overcome, and let the revelations from our past influence our decisions for the future. With this year marking the 75th anniversary of the liberation of Auschwitz, now is a great time to do a little perspective-gaining and remember to always try to be a force for good in the world.

While I wouldn’t normally condone managing your anxiety with burgeoning consumerism, this event looks pretty cool. The District Warehouse Sale – Winter Edition gives you an opportunity to explore some unique and interesting DC brands and maybe begin curating the “new you” wardrobe for post-high school. Saturday, February 8 from 11am to 2pm. 327 S Street NE, Washington, DC 20002.

It’s scientifically proven that having greenery around us makes us happier. The current “thing” seems to be terrariums – that is, self-contained indoor plant habitats. Take some time to build yourself a little, green world and escape the stresses of this one. Check out the workshops on building terrariums (terraria?) like this one on Thurs., Feb. 20, starting at 6pm. 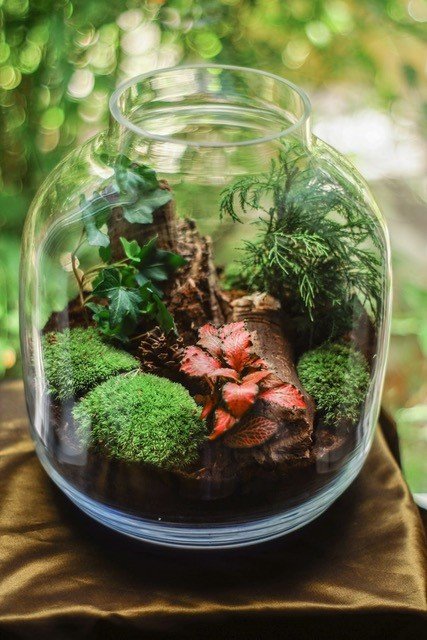 BONUS: LORD OF THE RINGS MARATHON (EXTENDED EDITIONS, OF COURSE)

I know you all are very busy people, and that these movies came out when you were… what, around a year old? But there’s something immeasurably therapeutic about going on this epic adventure with Frodo and Sam and their band of heroes. These films have it all: confronting insurmountable odds, fighting cave trolls and giant spiders, falling in love, and sometimes just falling. Even after 19 years, this trilogy still holds up. I recommend doing a food pairing as well.